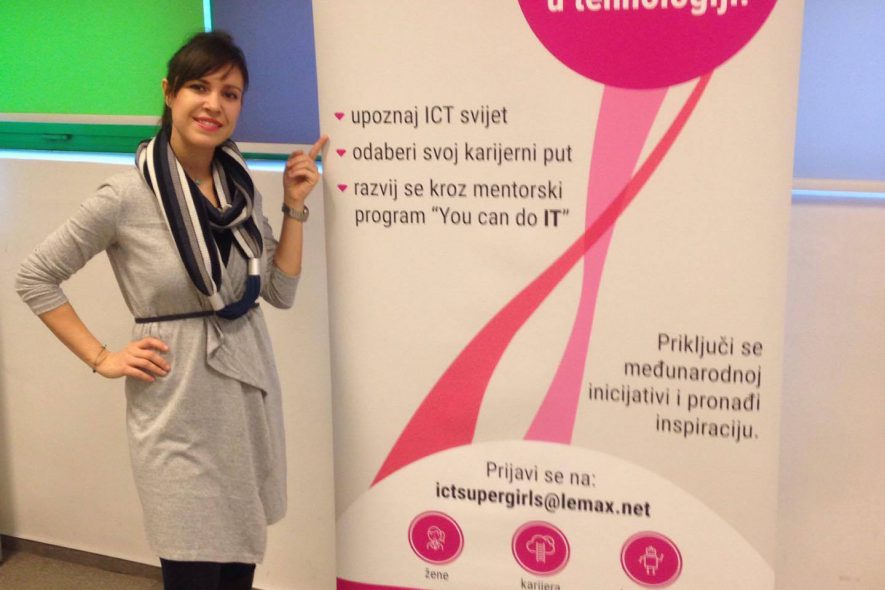 Recently the Professional Women’s Network, Zagreb organized an event regarding ‘the other gender’ in the technology sector. So many inspiring women in one place is a simple proof that women and technology are a perfect fit!

As previous industrial revolutions only made the gap between men and women bigger, the fourth industrial revolution is poised to reverse the gender stereotypes, putting the emphasis back on human talent with ingenuity and creativity, not on traditionally masculine skillsets. In an economy based less on capital than talent, women are more likely to be treated as equals. With the exponential nature of this revolution increasing the fluidity of roles, functions, and industries, stressing reliance on human talent—regardless of gender—will become the norm. The most successful companies in the future may be those that eliminate gender-stereotypes in favor of post-gender structures, allowing them to innovate and grow.

An example of implementing gender equality

A small proof that gender equality is the problem to be solved in the present is that in Iceland it is now illegal to pay men more than women! Their pay policies are actually monitored by the government to make sure the companies aren’t breaking the law and paying differently for the same type of job.

We attended the event!

Sharing the same passion for women in the technology sector we had the opportunity to present our own initiatives: ICT Supergirls and our mentorship program ‘You can do IT’. These initiatives are here to introduce young women to the IT world and mentor them on their path.

To summarize the event, ”we should not fear the challenges brought to us by the technology advancement if we adjust our educational system and our own skills to those changes, and if we promote diversity in our companies.”